With the students of “Soil Remediation” course of the Master’s Degree of Environmental and Land Planning Engineering, on the 18th of May 2022 Prof. Sabrina Saponaro organized a visit to the polluted farming area in Milan.

In 2015 at the site there was a spill due to an attempt to steal some refined oil from a pipeline that crosses the fields. This action resulted in the pollution of about 12000 m2 of soil by petroleum hydrocarbons. Unfortunately, this is not a rare situation, as hundreds of spills occurred in the same year in northern Italy. 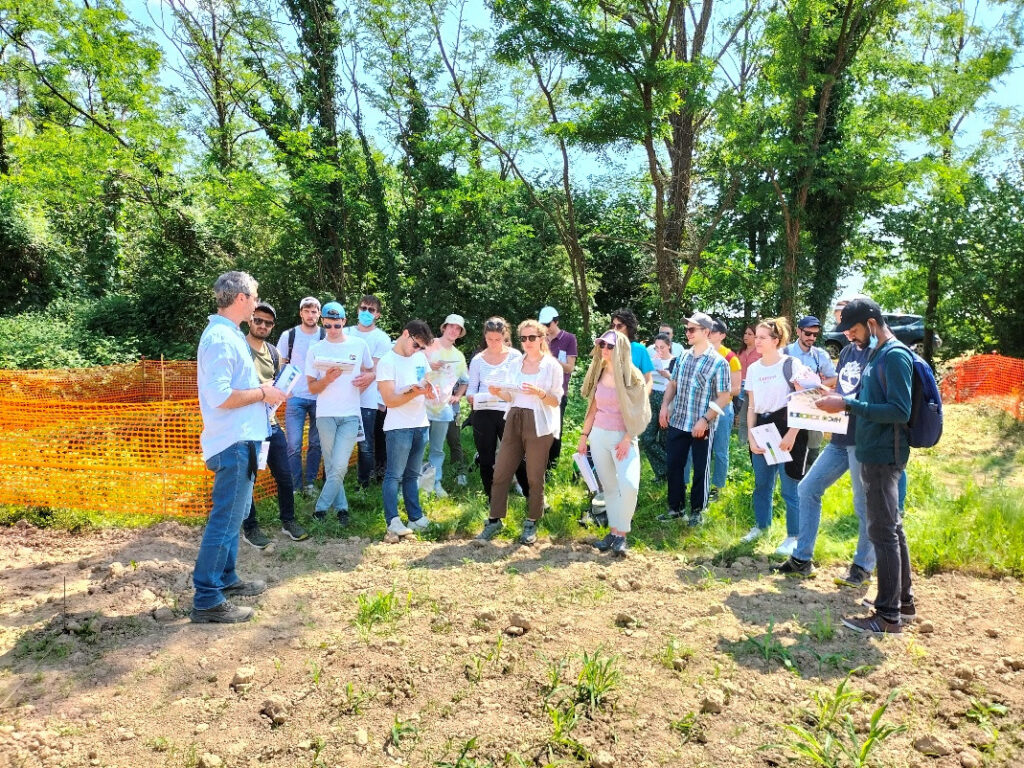 After the spill, an emergency action was quickly performed in order to remove the oil and avoid further spread into the environment.

Later on, in order to establish the most suitable remediation approach, a deep characterization of the site was performed, in particular collecting data about soil texture, chemical and microbiological characteristics, pollution distribution and concentrations, groundwater level, etc.

A group of different remediation technologies was considered suitable to deal with the different issues to be solved at the site:

With reference to petroleum hydrocarbons, this technique involves the use of plants to degrade the pollutants in the soil. Different species of bacteria grow in symbiosis with the roots of these plants, speeding up the biodegradation rate.
This technique was applied where the hydrocarbon concentrations were not too high, as it allows the preservation of the agricultural function of the area. Although the technology takes a long time to clean up, there is no urgency of restoring the agricultural activities at the site. In addition, it has low costs if compared to other technologies and it is suitable also in case of lack of electricity, as it was at the site.

Currently, phytoremediation pilot tests are ongoing, and the suitability of different plants species is being evaluated. Corn, castor, sunflower and sorghum are grown in spring and summer, while vetch and rapeseed are grown in autumn and winter. By differentiating the species, remediation is guaranteed all year long. 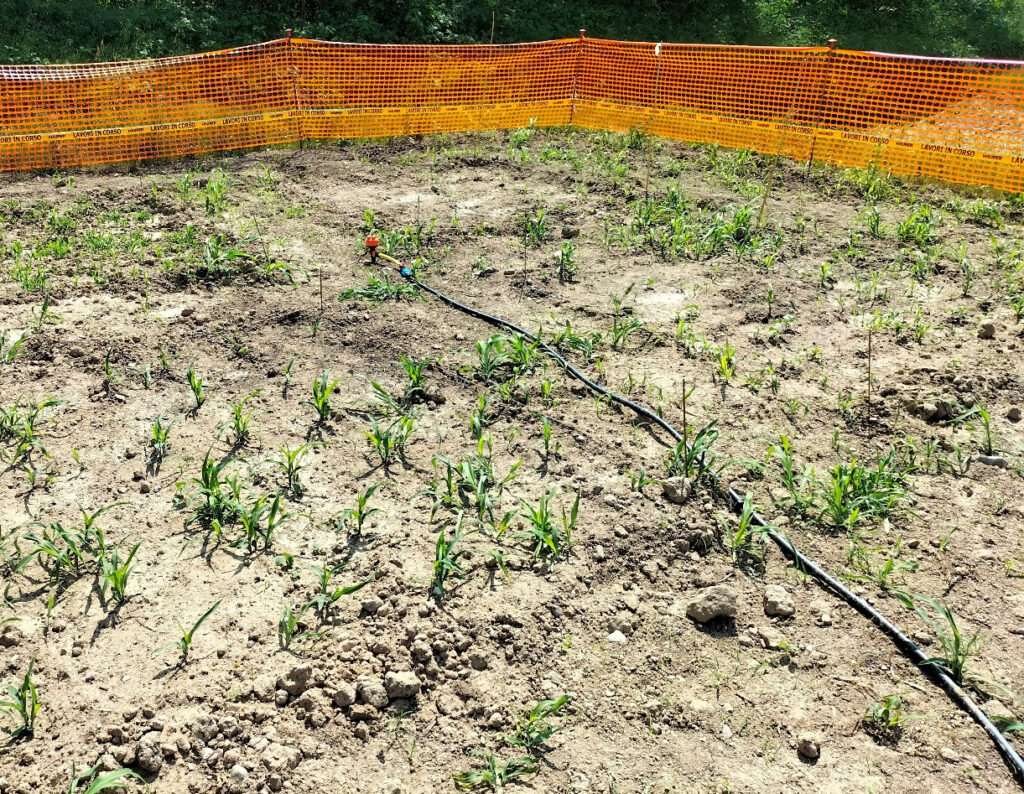 News by the group of attending students

Where are they Now?